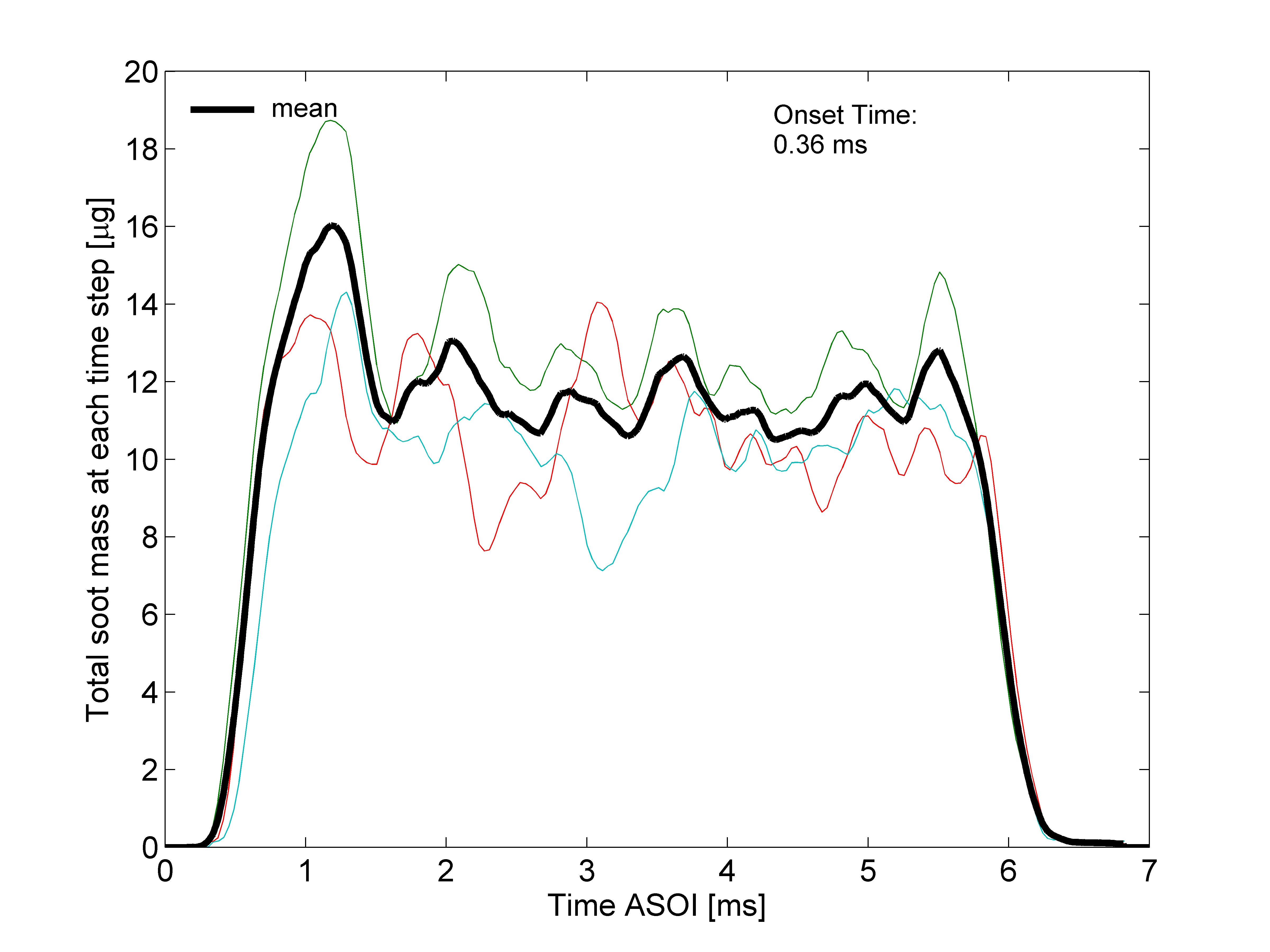 Particles were collected on a transmission electron microscope (TEM) grid 36, 45, and 60 mm from the injector orifice at IFPEN. The TEM grids were shipped to Meiji University for TEM analysis. Measured particle diameters at these three positions under the Spray A O2 varient condition (21%) are shown in the figure below. Emre Cenker (IFPEN), Gilles Bruneaux (IFPEN), Katsufumi Kondo (Meiji University), Tetsuya Aizawa (Meiji University), and Christof Schulz (University of Duisberg-Essen) are acknowledged for the data shown below. 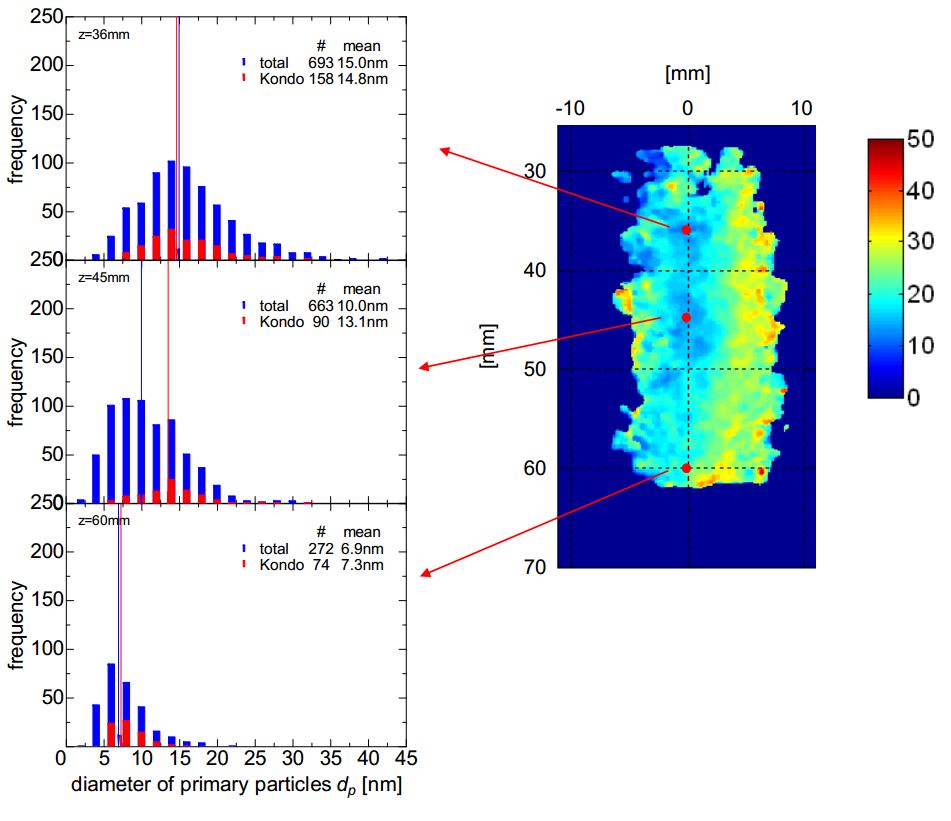