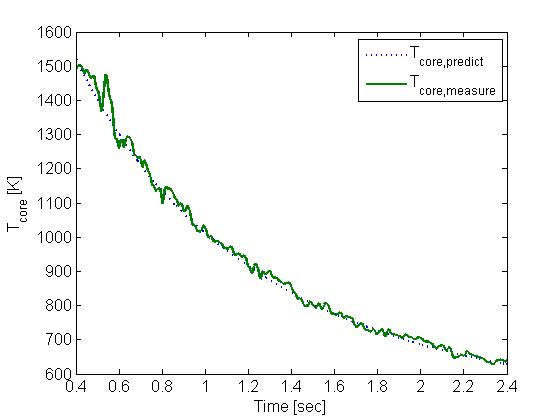 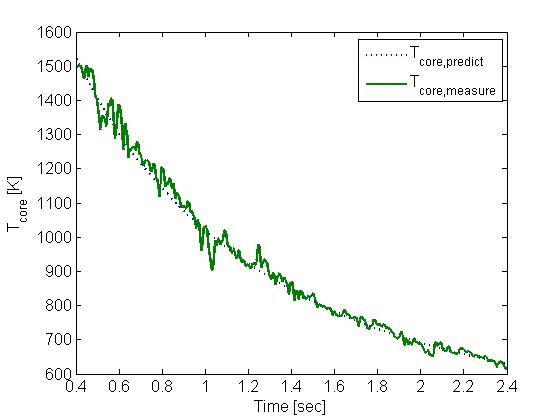 The measured temperature is shown as function of time in Fig. 2.3.1 for an ambient density of 14.8 kg/m3 and ambient oxygen concentration of 0%. The measurement position was at x = 20 mm, y = 0 mm, z = 0 mm, where x is axial distance, y is vertical cross-stream position (up or down), and z is horizontal cross-stream position (left or right), all relative to the injector wall. This location is in the “core” region of the vessel, defined as the initial location of gases that mix with the spray during injection. Temperature measurements are shown for two different cool-down events in the figure.

A simple relationship, considering the cooler vessel wall temperature (Tw), is used to relateTb toTc , as shown in Eq. (2): 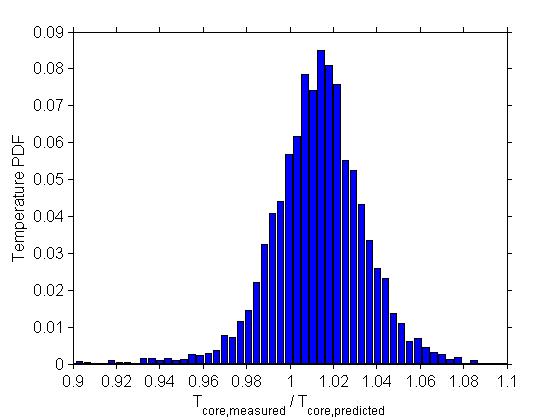 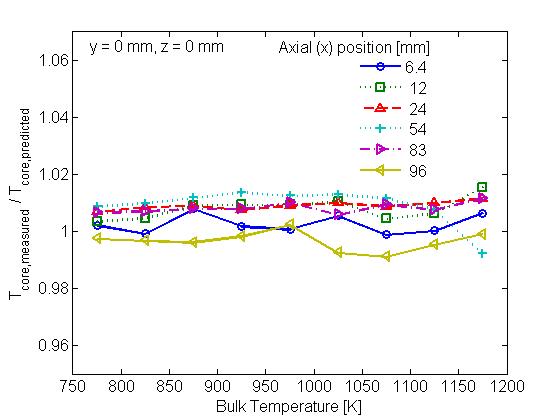 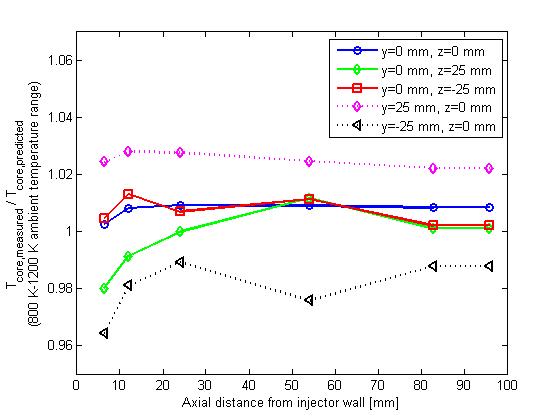 In summary, a large core region exists in the combustion vessel where mean temperatures are uniform for an extensive range of ambient temperatures. Instantaneous fluctuations in temperature (shown Fig. 2.3.1) do exist, however, and are likely to affect the diesel combustion process, as well as injection-to-injection variability.